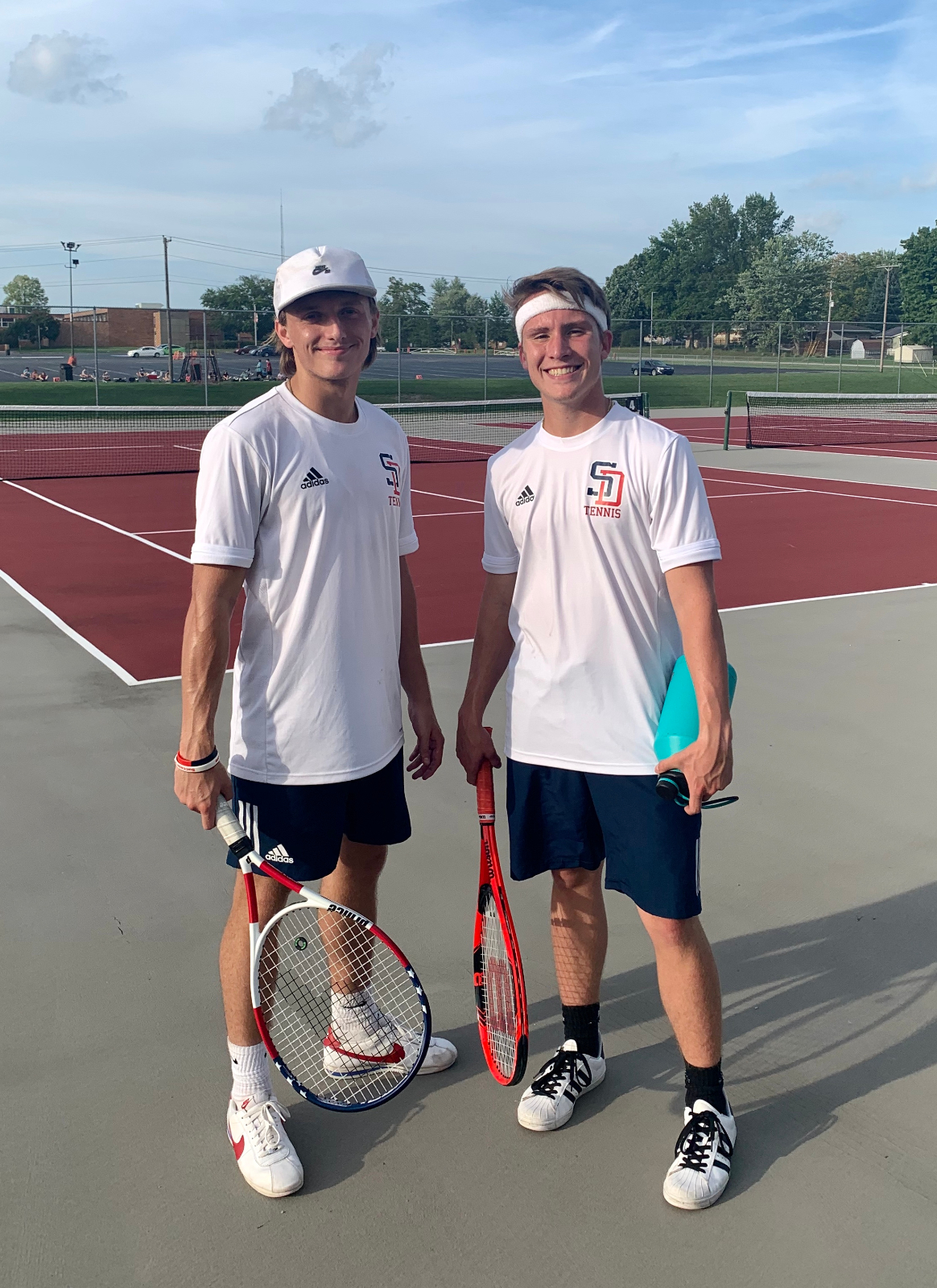 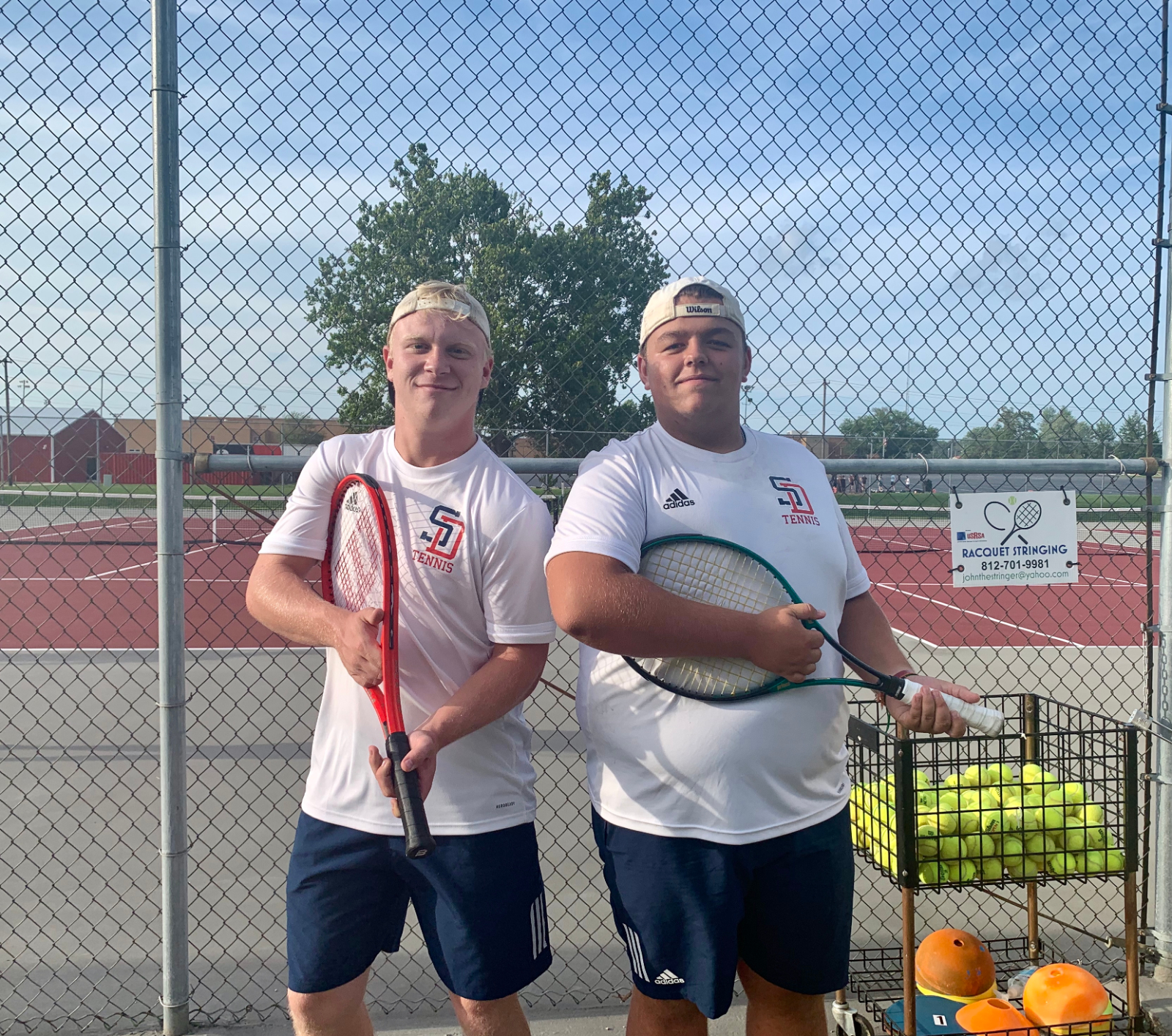 The first week of September brought another victory to the Knights boys’ tennis team as they bested Hoosier Hills Conference foe Madison on Thursday afternoon.

Going into the 5-point match already up 2-0 due to opponent defaults, the Knights won two of the three contested matchups en route to a sound defeat of the Cubs, 4-1. Number one singles Mason Earls won many game points in a close match only to come out on the wrong side of the game and match scores, and Preston Sullivan bested his opponent at the number two position easily in straight sets. The only doubles match played on the afternoon saw Ethan Fogle and birthday boy Luke Brown absolutely overwhelm their opponents. Lane Cutter received a default victory at three singles and Tyler Sloan and Grant McLane received the default victory at number two doubles.
“These young men have increased their skill sets a great deal over the course of the season, particularly with doubles play and making smart decisions in point play, so I am impressed and humbled by their efforts,” said first-year head coach Ben Adams following the win. “Plus, there’s nothing quite like earning a dominant victory on your birthday in front of family and I’m happy Luke could make that happen.”
The Knights invite even more spectators to their next competition at home on Tuesday versus SW Hanover. Coach Adams says he has received numerous compliments from opposing teams and coaches about our well-designed tennis facility, and he hopes to continue showing off our courts – and our boys’ and girls’ teams – in front of home fans in the stands during the 2020-21 campaign. Go Knights!
Mar
02